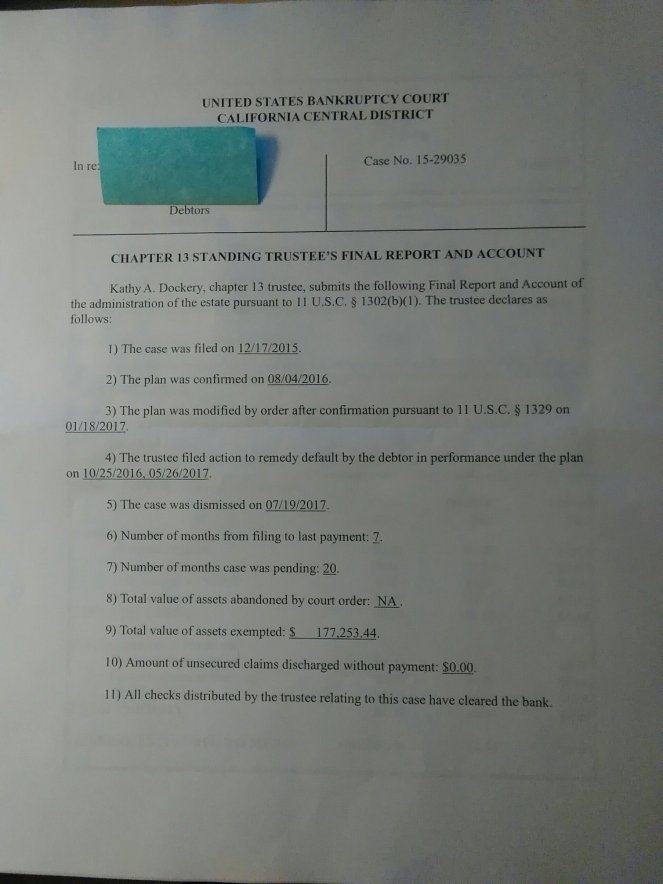 Looky here, folks. The final tote board. Not one indication of the $48K taken from me, no indication of the foreclosure that propelled me into bankruptcy, except that Beal Bank is clearly listed as a creditor. My, my.

That $1680 – $68.40 are the only fees recorded by the Court. Tortfeasor Brad Weil filed for >$9000 in attorney’s fees. I objected, citing his failure to represent me, his failure to account for my insurance monies, his failure to perform due diligence, his negligence & malfeasance. The Court agreed with me as his fees have been removed from the final accounting.

I have been robbed under the cover of the law.

Incredulous and scandalized by the state of America. View all posts by Displaced

One thought on “Case Closed?”